Puerto de Mogan is a fishing village, also called the quiet Little Venice of Gran Canaria, located in the southwest of the Canary Island. It was so named because of the resemblance of its narrow streets, canals and bridges to those of Venice.
In this port, the charm of its white house’s stands out, built in a Mediterranean and Andalusian style, with flowers climbing up the walls. Also striking are the small canals with bridges that run through the old fishing village, connecting the streets of the village with each other.
Another attraction is an archaeological site called Zone of Cañada de los Gatos with remains of constructions of the ancient Canary Islanders (Guanches).
But perhaps the best known is the Puerto de Mogan Market, which is set up every Friday and where you can buy fresh delicacies from local farmers, handicrafts, toys, clothes, among others. It is very popular with tourists and can get a little crowded.
As is Mogan beach. An artificially created golden sandy beach, it is 190 metres long and about 35 metres wide. 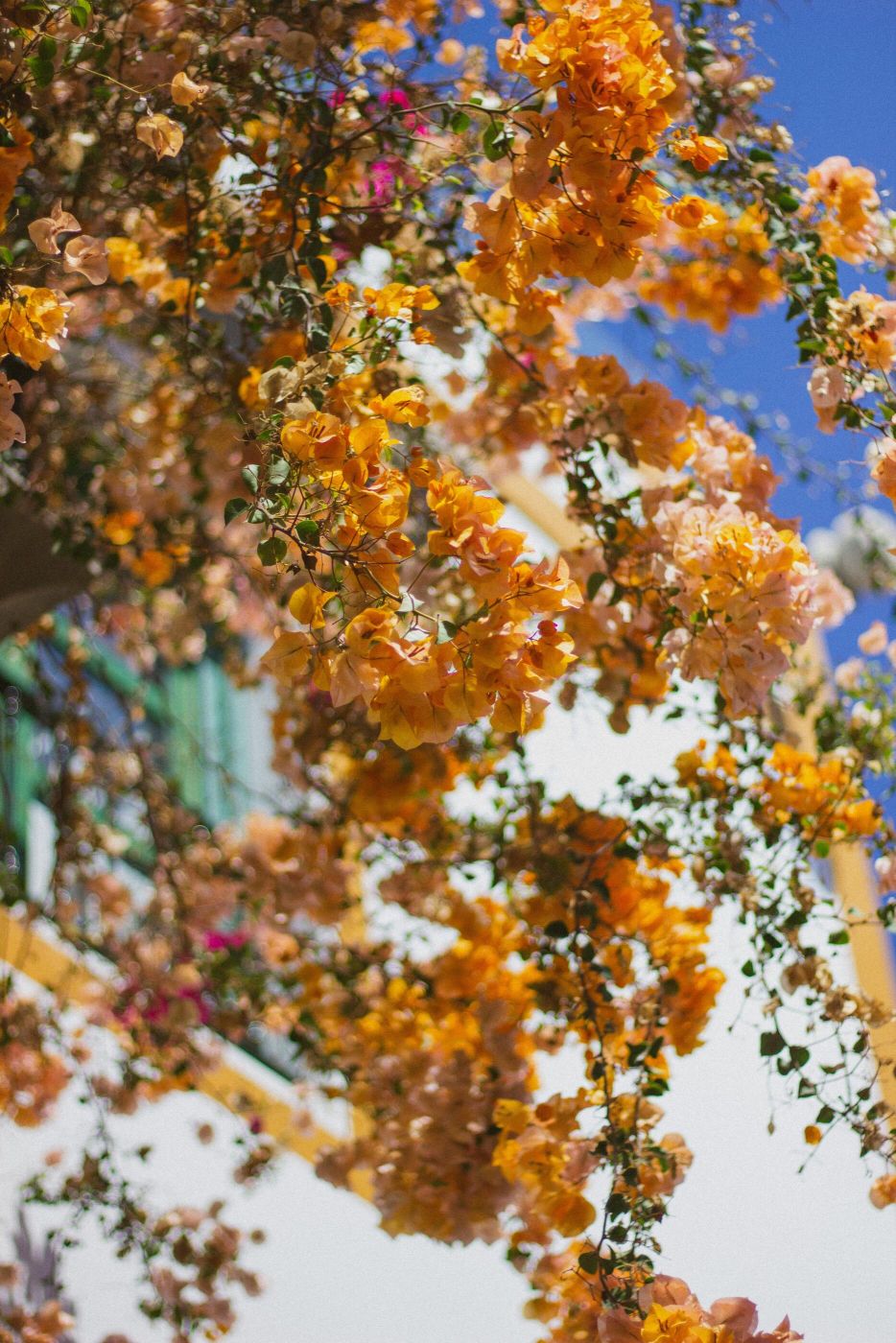 Take advantage of the market to buy fresh local fruit

Enjoy the sun on the beach with crystal-clear water

Distance from Mogan to the accommodations 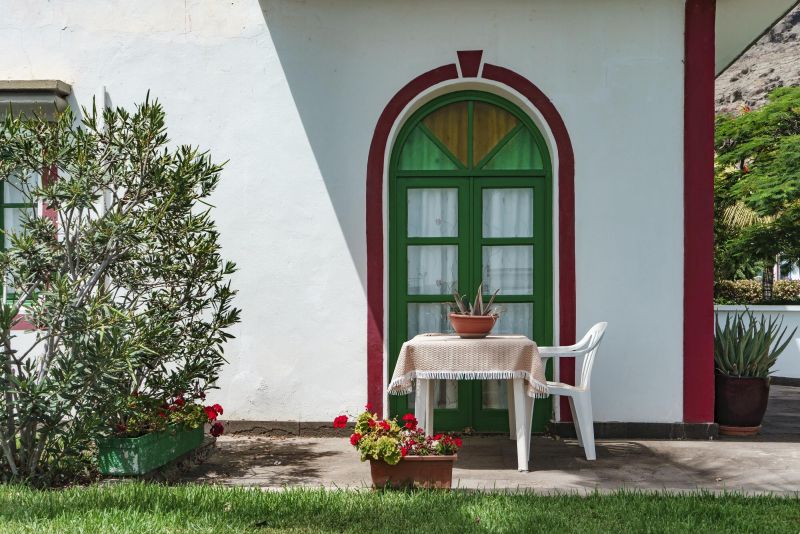 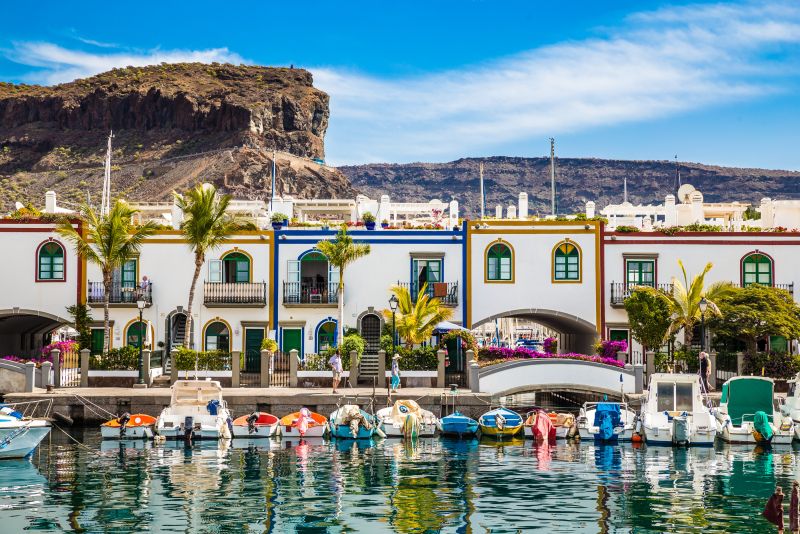 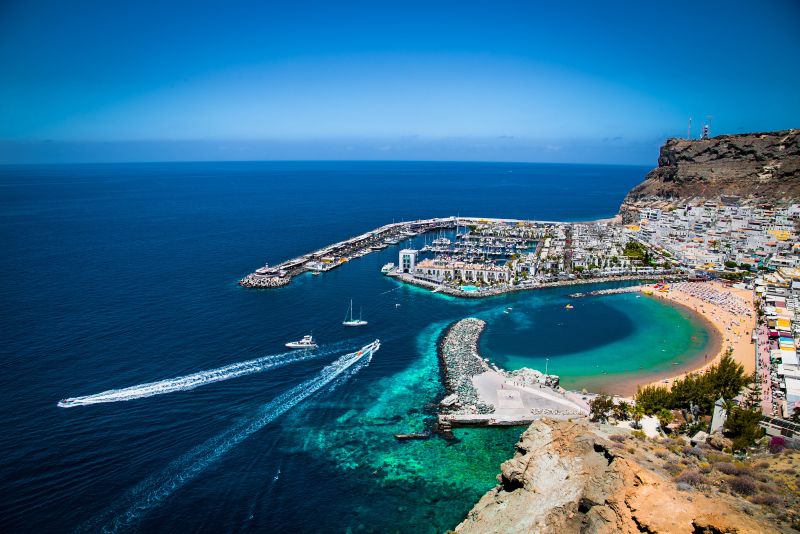 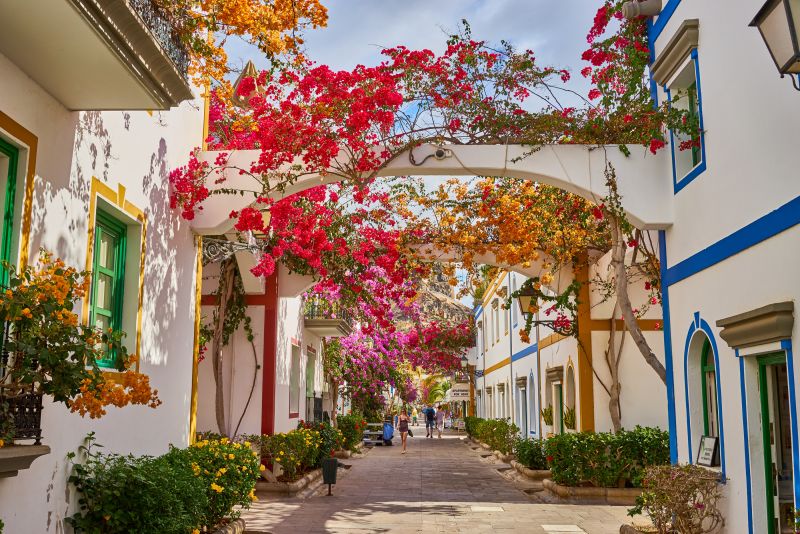 We use proprietary and third-party cookies and similar technologies, session or persistent, to securely operate our website and personalize its content. Likewise, we use cookies to measure and obtain data on your browsing and to adjust advertising to your tastes and preferences. You can configure and accept the use of cookies below. Likewise, you can modify your consent options at any time by visiting our Cookies Policy and obtain more information by clicking on: Privacy Policy

Choose the type of cookies you agree to use